The citizen-soldier who took up arms in 1861 was just like most of us, a normal person who, by right of his birth as an American, decided that he had had enough of an intrusive federal government in his life. Like his father and grandfather, who fought in 1776, he took to the battlefield to be free of being dominated by a government that was taking advantage of superior military might to make his life harder. He was a soldier who arguably did more with less than any other group of men in the history of America.

These men are who we revere today. Ordinary men who did extraordinary things in the time of war simply, as one Southern soldier said when asked why he was fighting, "because you are here!" Men who are besmirched by the ignorant and politically motivated on a daily basis. Contained on this website, you can find people, like you and me, who began their research by locating a local camp of the SCV to start their research of an ancestor.

There are links to research for particular units and men who gave their all just to be left alone so that they could live as they liked in a free society. You can also find links that will connect you to organizations specifically for women and children.

The Sons of Confederate Veterans (SCV) is a premier historical and heritage organizations in the United States. We are a non-political 501(C) non-profit organization dedicated solely to educating the populace regarding the War for Southern Independence and the Confederate Soldier. We were "charged" in 1896 by General Stephen D. Lee to keep the memory and good name of the Confederate soldier alive, which is what we strive to do. Please delve further into our site and investigate your own history.

There are only two fundamental requirements to joining the SCV. You must be a male, age 12 or older, and you must be able to show lineage to someone who served the Confederate military honorably. That's it.Contact any of the men listed in our directory, and he will either help you or point you in the direction you need to proceed. I am honored to serve as Louisiana Division Commander in an organization that has so much meaning to many people. Please continue your search into your history and join the SCV to keep history alive.

This website Copyrighted- 2017-2022 by Louisiana Division,Sons of Confederate Veterans
To find a camp near you , click here  CAMPS 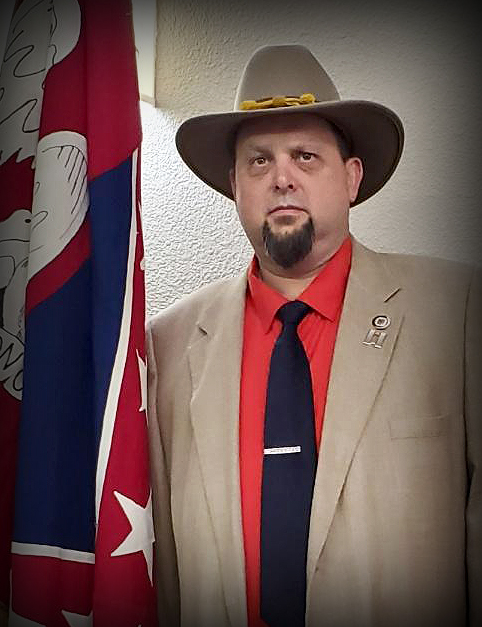